Latest News
Home /AI vs I

We tend to think that the mind, our own mind at least, is very much in control and knows exactly where everything is in our inner universe and how our perceptions, memories, thoughts emotions flow and interact with each other. That might generally be true, as long as nothing significant breaks the mind’s flow. But from time to time an interruption happens in the monotony of your day to day life, something changes, something happens that triggers your mind to reevaluate your perspective on the inner self and on the outside world. If the trigger is small your mind can handle it quite easily, but if the magnitude of the paradigm change is sufficiently large it causes your mind to struggle. It’s like it has this huge puzzle where the pieces keep shifting and changing and if the task becomes overwhelming it immediately throws you into a melancholic state, in an attempt to limit further changes, until it manages to make sense of everything. This state of inner reflection manifests the philosophical side in us, it makes us question the changes, question our inner self, question the world around us, and if we can’t find a way to get our inner self to reconcile with the outside world, naturally we start to question the relationship between the two. I often think about “To be, or not to be”, one of the so many genius questions posed by Shakespeare, by which, supported by the immediately following verses, Hamlet struggles with a similar conundrum brought on by recent changes in his life. What is the best approach to deal with change? Should you retreat in your inner universe and hide away from your perceived problems or should you “be”, should you act, should you try to restore the old state of things, should you influence the events to reflect your own will? There will never be a clear answer it seems, the complexity of the universe always demands from us to continuously adapt and improve ourselves.

At this point you might be thinking, what does all this have to do with AI? This is a blog related to AI after all. But wait, it does! As you might have already hinted, AI brings on these questions at an even more complex degree, both for itself, as it will surely encounter the same situations, as well as for us, the humans, as the emergence of AI collectively brings us face to face with one of the biggest changes in our history. We might even our comfortable status of dominant species. Did I trigger your philosophical state yet? Either way, keep reading, it gets more interesting as we explore the what, why and when of artificial intelligence.

What is artificial intelligence?

People tend to mock their own race for its lack of intelligence. Monty Python, in their The Meaning of Life movie, even had a song ending with: “And pray that there’s intelligent life somewhere out in space / ‘Cause there’s bugger all down here on Earth!” So we tend to think of intelligence as some sort of higher power that is limited to only some evolved beings that use it guide the rest of us through this tenebrous existence. Well, it’s not really that much of a deal. Sure it is a good trait to have compared to, say, a rock (although some argue that rocks also have some primitive intelligence). But the definition of intelligence is just the ability to acquire knowledge and skills and then apply these for specific purposes. While some humans are far better at this than others, all of humanity is intelligent to some degree.

Humans have, for a long time, managed to create various tools to help them achieve their goals but until recently, all those tools had to be actively used by people, otherwise, they would just sit there and do nothing. After that came the age of automation; more complex tools and machines were created with the ability to do a repetitive task of some sort. But these machines still relied on humans to precisely devise a set of tasks, build the machine specifically for those tasks and maintain them regularly. There was no way for these machines to acquire new skills or knowledge without human intervention. Over time, there have been numerous prototypes of machines that could somewhat simulate a form of primitive intelligence such as the Analytical Engine of Charles Babbage developed in the 19th century but while it could be “fed” information in order to alter its output it still had a fixed algorithm for producing a result so this was still not real intelligence. Real artificial intelligence means creating a machine that does not have a fixed algorithm, but instead, we give it knowledge (the information it collects through sensors, from the internet etc.), the skills (operating various tools incorporated into it) and a goal it should reach. Then we let the machine figure out the best way to reach that goal. We might want to apply that reasoning to our children as well instead of forcing them to do things in a specific way, but that’s a topic for another article.

Why do we want artificial intelligence?

Well, I’m going to grab the bull by the horns and just say it: humans are lazy. And the smarter a human is the lazier he will be. There are numerous reasons for being lazy, but most of the time the reason is that we get fed up doing repetitive tasks that we need to redo soon after we are finished (cooking, cleaning, driving to work, sifting through all those Facebook posts at work that seem to be the same every day). Basically, as soon as we realize there is a repetitive pattern in our lives something in our brain triggers us to find a way to get rid of those tasks. For most of our history we either came up with tools or we found some person who would be willing to do the work in our place. While you could think of various examples of people who do this so they can sit around doing nothing all day, usually the smart humans that manage to free themselves from routine, take on more complex or creative pursuits such as, in some recent cases, creating artificial intelligence.

For some, artificial intelligence is the holy grail of gaining freedom from repetition. Envision a world where you could do only those things that you really want, only focus on the goals that you would feel challenged to take on and proud to achieve. That would be amazing, wouldn’t it? And most of us will live through that amazing age in humanity, as long as we don’t blow ourselves up for other petty reasons in the meantime. But there is a valid concern some smart people have raised, which is what happens if and when artificial intelligence becomes advanced enough that it gains self-consciousness and becomes itself lazy and tired of doing repetitive tasks for us humans? Will it follow the same path we did and create simpler and less aware version to take care of us so it can focus on its higher goals? Will it find ways to upload our minds into a virtual reality where it will be easier to take care of us? Or the big elephant in the room question, will it get rid of us altogether as it will deem us useless? It really is impossible to foresee the outcome but one thing is for sure: most of us are attracted to AI like moths to a flame so let’s hope we can restrain ourselves to the warm and cozy zone.

The level of artificial intelligence today

Artificial intelligence is evolving at a breathtaking pace and it has become a core element in a lot of applications: assisting doctors when diagnosing patients and with prescribing medication and treatment, financial market analysis and even automated trading, self-driving cars, online activity behavioral analysis to improve search results and ad placement, facial and behavioral recognition to track individuals, etc. These are just a few examples at the tip of the iceberg and with more and more industries being taken over by AI, a new phase in human existence is beginning where either you are able to improve or readapt you skills to levels or areas that can’t be automated yet or become essentially obsolete work-wise. This is already becoming a real problem that governments around the world have started to work on and various solutions are starting to be proposed and even implemented, most notably the notion of a basic unconditional income. This basic income is not the same as social welfare, where the goal is to simply keep people above the poverty limit. This new form of basic income is supposed to cover a decent, even middle-class living standard to all individuals regardless if they choose to also work or spend their time with other activities. This might sound like fantasy but the reality is that for an increasing number of people there will no longer be jobs that they can do. Think what will happen to truck drivers once the trucks drive themselves, teachers when children will learn from online courses, programmers when most simple apps and website will be coded automatically, engineers and architects when AI will develop products and buildings on its own etc. These are not futuristic examples, these technologies are already here. They just haven’t become widespread yet, so all these millions of people are more or less entitled to benefit from the blessing of AI as they are the ones who all helped build it, each with their own small or large, direct or indirect contribution. 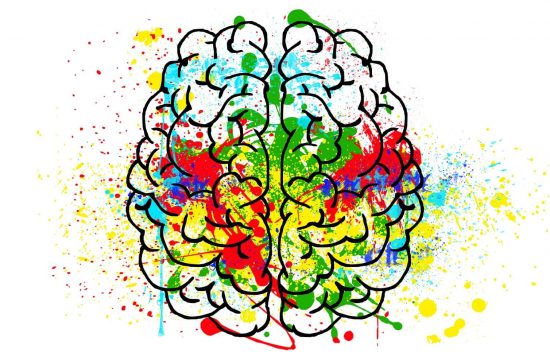